Easy to use but still has all the features.

LED Lenser renowned as one of the most technologically advanced manufacturers of torches in the world.

This Outdoor torch was specifically developed and engineered to create a flashlight to perform exceptionally well in the most demanding circumstances.

Suitable for users in harsh and demanding environments such as the security,

military, trade engineering, machinery maintenance, and the construction industry, as well a number of domestic and leisure activities.

The LED Lenser MT6 has a maximum output of 600 lumens from a single Xtreme white LED.

The torch comes preset in mode 1, which cycles through in the order of high, mid low and off with each press.

Mode 2 cycles through the settings in the opposite direction of low, mid, high and off.

Finally mode 3 cycles through the brightness settings the same as mode 1 except when the torch is on in any mode.

You can press and hold the button to activate the strobe setting.

Switching between modes is simple and is done by holding down the button while the torch is off.

and blink three times to indicate mode 3 after 16 seconds.

Once you have reached the setting you desire, release the button and the light will stay in this mode until you change it again.

The MT6 also features a lock out mode to prevent accidental activation when not in use and can be activated the same way as changing modes,

Except you hold the button for 19 seconds until the light blinks four times.

To come out of lock out mode, hold the button for 5 seconds until the light blinks once.

An integrated power indicator in the switch of the torch indicates remaining battery power by displaying a green, yellow or red light.

This will automatically happen when you insert the batteries or you can access it any time by holding the button for two seconds while the torch is off.

The advanced focus system allows you to focus the light from spot to flood by sliding the head of the torch forwards and backwards.

On the highest setting when focused into a spot, with a fresh set of batteries, the MT6 can throw the beam up to 260 metres range

it also has a velcro strap that is also secured by a heavy snap button this allows for the pouch to be removed without undoing the trouser belt, but still secure so you wont loose it. 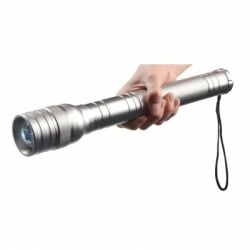 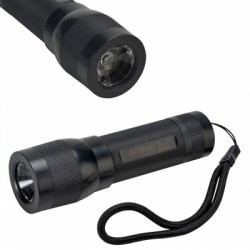 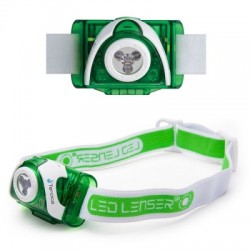 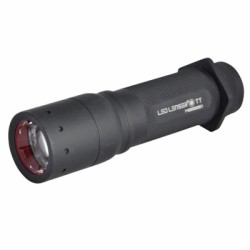 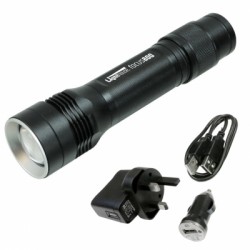 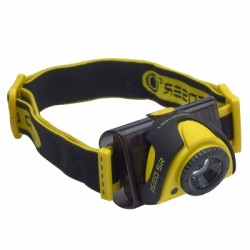 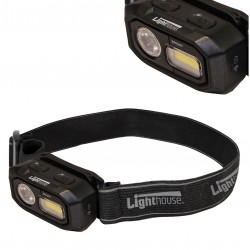